OCTOPUS is a robust modular I / O test platform with which complex PLC installations can be tested automatically. OCTOPUS can simulate both digital and analog I / Os in parallel and has trigger functionality so that all kinds of test scenarios can be run, controlled from, for example, Python scripts, LabVIEW or MATLAB applications.

I want to know more about OCTOPUS

OCTOPUS is a platform that currently consists of 5 types of modules:

The five modules all have a set of common properties that together form the OCTOPUS system.

The TEMSY module is the heart of the OCTOPUS platform. It has multiple functions. TEMSY has a USB connector for interface with the test applications on eg a PC, laptop or Raspberry Pi. It provides inrush-limited power distribution to all module strings, and has trigger functionality to synchronize data and signals with or through other equipment. Hot swapping of module (s) is made possible due to the inrush-limiting outputs.

TEMDI is the digital input module of the OCTOPUS platform. Here, digital signals from industrial systems can be monitored. With TEMDI, for example, outputs from PLCs or digital sensor outputs can be monitored / used for running test scenarios. 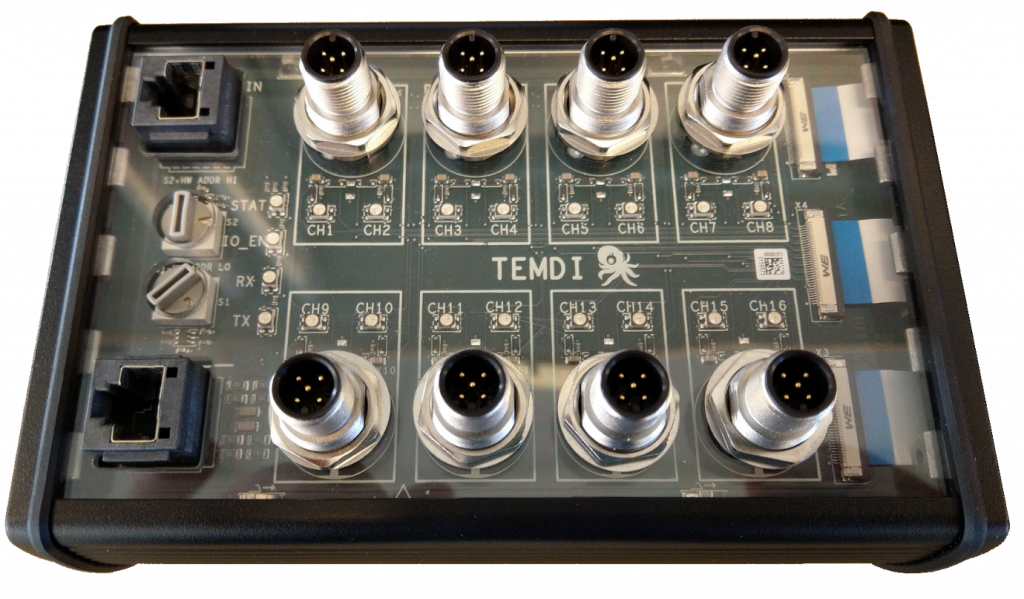 TEMDO is the digital output module of the OCTOPUS platform. TEMDO has 8 digital outputs that can be used to control digital inputs of industrial PLC systems. With TEMDO, for example, different interlock scenarios can be simulated to handle PLC software regression tests quickly and consistently. 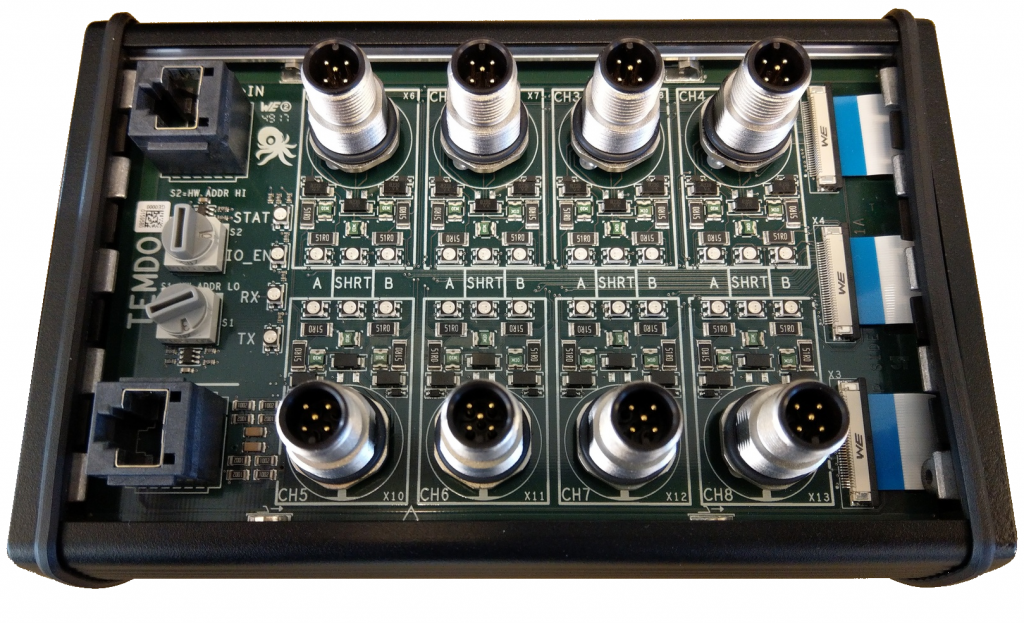 The TEMRTD is a resistance synthesis module in the OCTOPUS platform to simulate resistive temperature sensors. 3 ranges are defined to simulate commonly used sensor types with higher resolution and accuracy.